Jennie Garth's divorce made the extent of her love for Peter Facinelli come out. 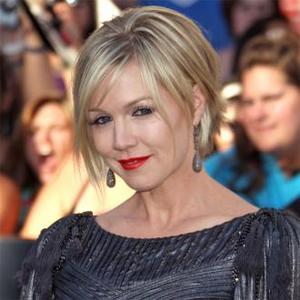 Jennie Garth's divorce made her realise how much she loved Peter Facinelli.

The 40-year-old '90210' actress and her 'Twilight Saga: Breaking Dawn - Part 2' actor estranged husband announced their plans to divorce in March.

The two have children together - Luca,14, Fiona, nine, and Lola, five - and Jennie was against Peter's idea to file for a legal separation.

She continued: ''I think with any sort of rejection, you're angry that you weren't enough for that person. So I don't know if I'm angry at myself for not being enough, or if I'm angry at him for not considering me to be enough.''

Talking about his decision to end their longtime union, she said she hoped they'd be together forever and added that his filing surprised her.

When asked if she'd like to share her strong feelings with her ex, she said expressed her desire to.