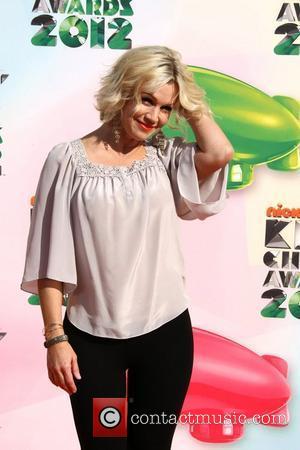 Actress Jennie Garth was the youngest person at her 40th birthday party - she celebrated the age milestone at a nursing home.
The former Beverly Hills, 90210 star - who recently split from her husband Peter Facinelli - shunned a night out with pals this week (begs02Apr12) to spend her big day with residents of Friendship House in Los Angeles, where she joined the in-house handbell choir.
U.S. talk show host Jay Leno showed off a photo of Garth with her old pals when she appeared on The Tonight Show on Thursday (05Apr12), prompting her to explain, "That was us at the bell choir and we celebrated my 40th... Those are my homies! I like them, I enjoy spending my time there. That's the Friendship House and I go there and we dance and sing. I like to dance for them."
Garth turned 40 on Tuesday (03Apr12).