We could still be a long way off from learning who the Doctor’s new companion will be.

'Doctor Who' showrunner Steven Moffat has revealed he still hasn't decided on a replacement for Clara Oswald, despite Jenna Coleman set to leave the show before the end of the current series. Moffat made the revelation during the 'Doctor Who' festival on Friday, where the showrunner was joined by stars Peter Capaldi, Michelle Gomez, Ingrid Oliver and writer Mark Gatiss. 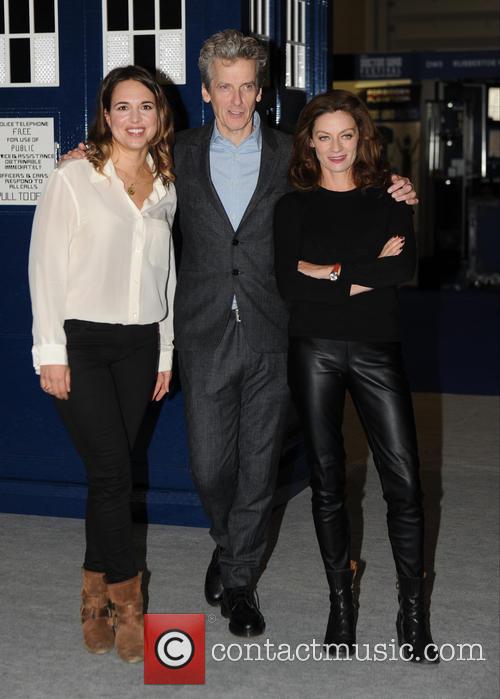 'Doctor Who’ stars Peter Capaldi, Michelle Gomez and Ingrid Oliverat the ‘Doctor Who’ festival in London.

“We went to the BBC yesterday to talk about the type of person we might be looking at,” Moffat said. “To my unending terror, we have not yet finished episode 11 and episode 12 is nowhere near finished so we haven’t actually delivered the show yet.”

More: Peter Capaldi Accuses BBC Of Using 'Doctor Who' As A Pawn In The Saturday Night Ratings War

Jenna Coleman, who plays The Doctor’s current companion Clara Oswald, is set to leave the show sometime this series after signing on to play Queen Victoria in a new ITV drama. Speaking about his potential new assistant, star Peter Capaldi said, “I’m not quite sure where we’re at.”

“But I will [be involved] at some point. Obviously at the end of the day, it has to be someone I’m happy to work with.” Earlier this week, during an appearance on ‘Good Morning Britain’, the actor also revealed he’s asked Tom Hanks to guest star in an episode of the sci-fi series.

"I think 'Doctor Who' is a great venue for any kind of actor, funnily enough they were trying to persuade me to ... I was working with Tom Hanks the other night and the producer was on to me saying, 'Try and persuade Tom to come and be in the show.' “

"I did have a word with him but he is very busy at the moment,” Capaldi continued. But Hanks isn't the only star Capaldi would like to see guest on the show. "I think it would be good to have some rock stars, I'd like to see Keith Richards or David Bowie [come on],” he added.