Golden Globes winner 'Transparent' could skyrocket Amazon Studios to the top of the Hollywood elite.

Amazon Studios has confirmed itself as a major contender in Hollywood after its signature series Transparent won the Golden Globe for best comedy and its star Jeffrey Tambor was named best actor on Sunday (January 11, 2014). A competitor to services like Netflix and Hulu, Amazon appears to have leapfrogged its rival to land serious Hollywood silverware. 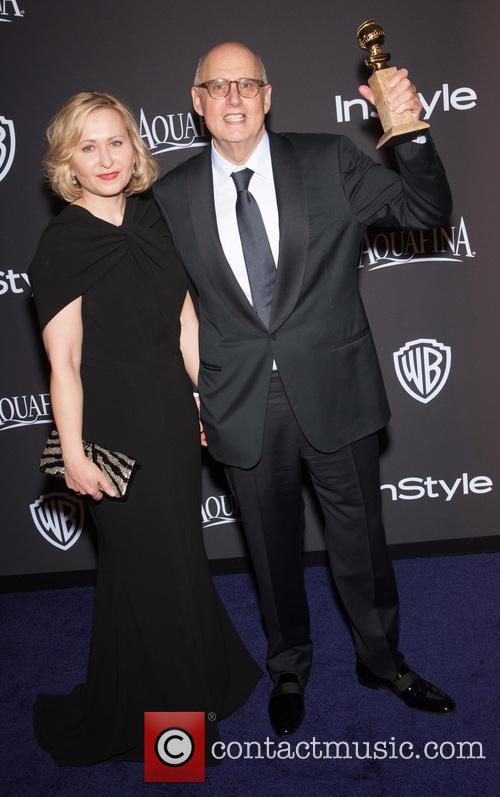 Jeffrey Tambor [L] with his Golden Globe for Transparent

Debuting in September following its pilot on February, Transparent tells the story of a Los Angeles family with serious boundary issues who have their past and future unravel when the father (Tambor) comes out as a transgender man.

"Oh this is big. This is much bigger than me," said Tambor, accepting his award for best actor.

Not only was the awards Amazon's first ever Golden Globes, Transparent became the first online show to ever win a top series prize at the fete. The studio's top boss Roy Price called the wins "a thrilling dream come true."

The Globes will help attract more talent to the new platform, which echoes Netflix's model of making all of its series available at once.

"This recognition will reinforce our focus on visionary artists who have a passion to create something new, meaningful and fabulous. It's still day one at Amazon and at Amazon Studios," Price said.

Transparent has already been renewed for season 2, which will premiere later in 2015.