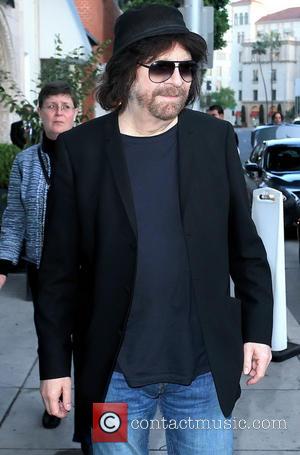 The band is celebrating the milestone on Tuesday (23Apr13) by unveiling a new album called Electric Light Orchestra Live, which features two new songs. Elo's 2001 record Zoom is also being reissued, along with Lynne's debut solo album, Armchair Theatre, and both include previously unheard bonus tracks.

The Sweet Talkin' Woman hitmaker is thrilled to still be making music after four decades, but admits he has no plans to hit the road with his Elo bandmates.

He tells Reuters, "My manager keeps saying, 'Come on (and do a tour),' but once I started working in the studio, I never wanted to go on the road and play the same thing every night. I was far more interested in writing and recording new stuff all the time...

"It's pretty special and a marvellous thing that my songs are still getting played after all these years. But it took me by surprise. It just sort of creeps up on you without you knowing, and when you try and think about where those 40 years went, it's hard to imagine."