Reality TV stars Jeff Lewis and Jenni Pulos arrive at the NBC studios in New York. The stars of Flipping Out stand for photos, looking happy. Jenni laughs when they need to move for a photographer, who cannot take a picture of them as a large sign is blocking his view.

Flipping Out debuted in 2007 and follows Jeff; his assistant Jenni and his other staff as the interior designer renovates homes and sells them on the market for a high profit. The most recent season, the fifth, aired in 2011

Jeff Lewis and Jenni Pulos In... 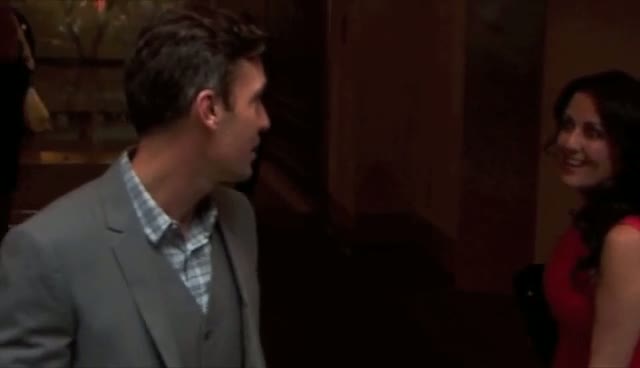