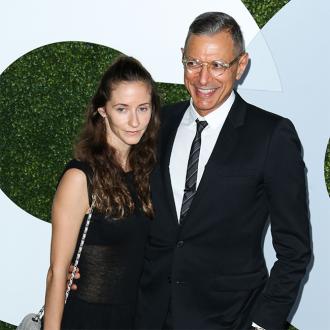 Jeff wrote: ''We're so excited to share the wonderful news of the birth of our son, Charlie Ocean Goldblum, born on the 4th of July. Independence Day.''

The 'Independence Day' star first revealed he and his 32-year-old Olympic gymnast wife were going to be having a child during an appearance on 'The Late Show with David Letterman' earlier in the year.

At the time, he said: ''She's three months pregnant. She told me the day before we got married.''

But it seems the couple changed their mind about their son's name as the pregnancy progressed.

The couple tied the knot in November in front of their family and friends at the Chateau Marmont in Los Angeles.

A source close to the actor said of the big day: ''It was a night filled with love, music, and lots of laughs.''