Jeff Goldblum Has Given Independence Day Fans A Sneak Peek At The Sequel's Plot, Revealing His Character David Levinson Is Now The Director Of An "Earth Space Defence" Organisation. 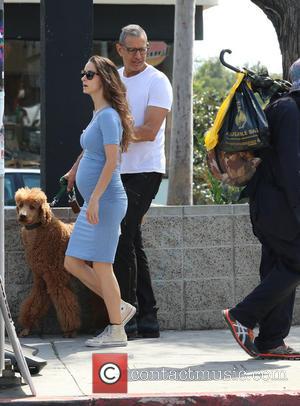 The actor is one of the stars returning for the sequel to the 1996 alien invasion blockbuster, and during a live fan chat on Monday (22Jun15), he opened up about the new movie, Independence Day Resurgence.

He said, "The year is 2016; the world has advanced time-wise in exactly real time but the events of 1996 that we made up have happened. So the world is different and I am now the director of this earth space defence.

"It's my job to lead the way and make sure everybody's safe on this precious and beautiful planet. And all our lovely species can live well. Now we're facing that last challenge; we're all working across borders which aren't relevant the same way and that's a beautiful idea in the brotherhood and sisterhood of mankind.

"The technology that we found from the downed (alien) ships has been appropriated and married with some of our technologies so we're ready with a bigger punch and some bigger shields."