There can be no one who was alive in the early 1990s that does not regard Jurassic Park as the ultimate classic. And it seems that fans across the globe are not the only ones that hold the dinosaur drama in high regard, with actor Jeff Goldblum, who starred in the celebrated adventure film alongside Sam Neill, Laura Dern and the late, great Richard Attenborough, also has a soft spot for JP. 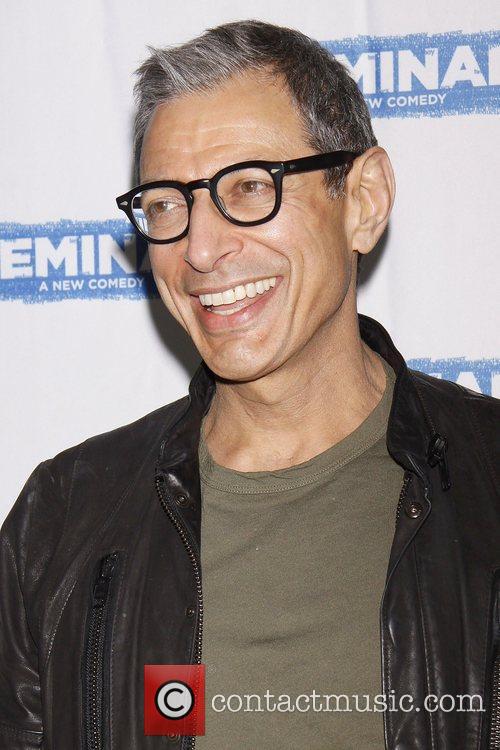 The 61-year-old American star paid a visit to Late Night with Seth Meyers earlier this week and the pair got talking about Jurassic Park and its famous theme song.

While the original tune is just a melody without words, Goldblum told Meyers that he has learned some accompanying lyrics to the iconic track.

Goldblum explained to his interviewer that there are, in fact, some fan-written lyrics out in the web ether: "One could go on the internet, as I did a while ago, and I only learned a piece. There’s something more.

"You could go on it right now...somebody else wrote this. I know not whom, but they wrote something to the tune, which I’ll bet you know because people mostly see that 200 times."

Then, just as fans of Jurassic Park and Jeff Goldblum thought the combination of brilliant-actor-appreciating-excellent-film-he-once-starred-in couldn’t get any better, Goldblum grabbed the microphone and started belting out the words.

MORE: Jeff Goldblum Has Babies On The Brain

Once Goldblum has taught the lyrics to Meyers and the studio audience, it was time for the verdict.

"I will say, all things being equal, I think it was probably right not to have the lyrics in the actual film," Meyers said.

To which, Goldblum venomously disagreed: "Really? I think it was a big mistake."

If you’re a Jurassic Park fan, clearly the only thing to do now is, go out, find the footage and vote for yourself.

Jeff Goldblum 'fell back into step' in Jurassic World Dominion