Will Smith is nowhere to be seen, Chris Hemsworth makes up for it.

It's been almost twenty years since Roland Emmerich's Oscar winning sci-fi thriller 'Independence Day', but if you thought the aliens were destroyed once and for all, think again. They're back with a vengeance in 'Independence Day: Resurgence', but even David Levinson wasn't prepared for this.

(Most of) the team is back!

Now very much aware that there is intelligent life on other planets, some of which happened to be a huge threat to Earth, director of the Earth Space Defense program (ESD) David Levinson has been gathering forces and building up the planet's defenses using extraterrestrial technology in anticipation of another future attack. Their victory was an incredible one two decades ago, but that doesn't mean the war is over.

When it dawns on him that the time has come for history to repeat itself it's no less daunting, but at least now they're ready to fight back. The world and its people must work together to lay aside civil conflicts, forget the oppression and disaster taking place all over the world, and unite to defeat their unanimous enemy. Because this time, they are facing a menace even bigger than before.


Not everyone's willing to go through it all again, however; President Thomas J. Whitmore would sooner die than spend another night tortured by dreams of the aliens' oncoming invasion. But there are brave young newcomers willing to continue the fight; Rain, Dylan Dubrow-Hiller and Jake Morrison are some of the newest recruits in this intergalactic battle.

'Independence Day: Resurgence' sees the return of some of the stars from the original 1996 movie, including Jeff Goldblum, Bill Pullman, Judd Hirsch, Vivica A. Fox and Brent Spiner. Will Smith, however, does not appear in the new film and it's as yet unknown as to the fate of his character between the first alien battle and the next. Among the new additions to the cast are Liam Hemsworth, Jessie Usher, Maika Monroe, Sela Ward, Charlotte Gainsbourg, Joey King and William Fichtner. 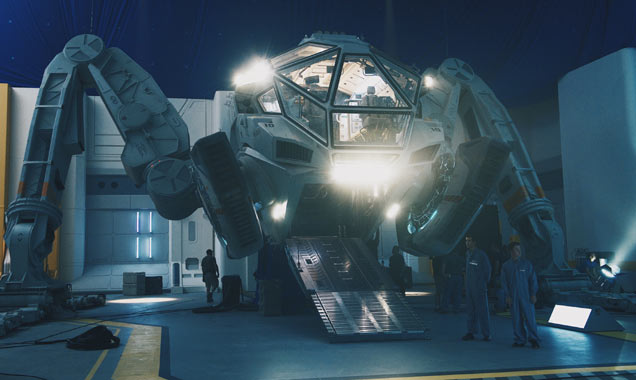 Is this Earth's new defense technology?

At the helm is Roland Emmerich ('The Day After Tomorrow', 'Godzilla', 'White House Down') once again, who's become rather equipped to take on disaster movies over the years, and the screenplay has been co-written by Dean Devlin and newcomer Carter Blanchard.

'Independence Day: Resurgence' is set to be released in the UK on June 24th 2016.