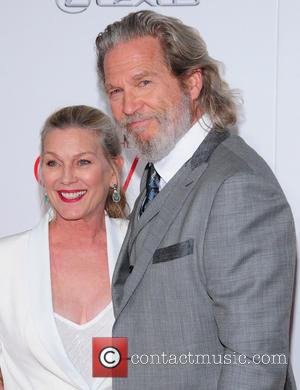 Veteran actor/singer Jeff Bridges is hoping to send fans to sleep with his new charity album after recording a series of soothing tracks specially created to help listeners drift off.

The album, made in conjunction with bosses at website builder Squarespace, is now available online as a pay-what-you-want download, with proceeds going towards the No Kid Hungry organisation, which aims to eradicate child hunger in America.

Introducing the project on DreamingWithJeff.com, Bridges writes, "The world is filled with too many restless people in need of rest - that's why I filled my sleeping tapes with intriguing sounds, noises and other things to help you get a good night's rest."

The actor has also filmed a commercial for the album, which will air in the U.S. during the Super Bowl on Sunday (01Feb15).

In the promo, he says, "I love listening to intriguing sounds when I drift off into my dreams. Others might (too)."

Limited edition hard copies of Sleeping Tapes have also gone on sale, while Bridges has autographed five of the special versions to be auctioned off for No Kid Hungry.