Fans attending the 'Lebowsi Fest' were treated to a 30-minute performance from the 64 year-old, who played 'The Dude', and his band on Friday (April 25th). 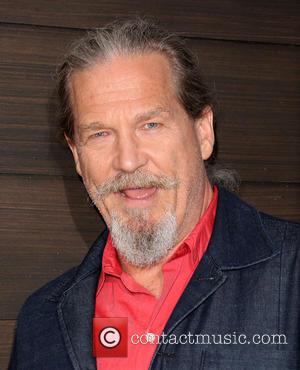 Jeff Bridges visited Los Angeles' Wiltern Theater to join in with fans who gathered for the annual celebration of the cult classic.

The 'Lebowski Fest' has been held all over the country since its formation in 2002, in which thousands of fans attend dressed as their favorite characters from the Coen Brothers-directed film.

The usual minor cast-members were on hand to sign autographs and take pictures, but for these festivalgoer's there was an extra special surprise.

As the venue was decorated with blow-up white bowling pins and served the heavily requested white Russian drink, Jeff Bridges and his band, The Abiders, walked onto stage to play a 30 minute set, the Associated Press reports.

Bridges, who played the lovable and unforgettable anti-hero 'The Dude' in the popular flick, performed several songs from his 2009 film 'Crazy Heart', plus many others.

Kyle Glass, one half of the band Tenacious D, was the opening act of the night, playing a set of songs that featured in the actual film.

However, once the musical acts were finished the most anticipated moment of the evening arrived, a screening of 'The Big Lewboski.'

MORE: Check Out Jeff Bridges In His Latest Film 'The Giver' [Trailer + Pictures]

The devoted fans, who have probably seen the film too many times, began to scream and shout, and as The Guardian describes, "It's more like a sports event than a film - there are cheers for every name in the opening credits, and every word of dialogue is chanted in unison, with extra applause for the most quotable phrases."