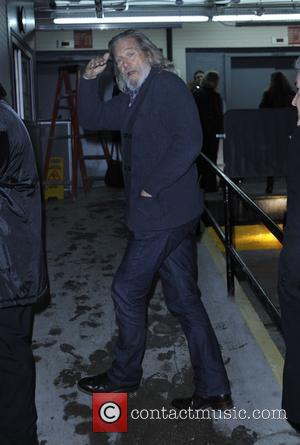 Actor Jeff Bridges is still holding out hope the Coen Brothers will revisit their cult classic The Big Lebowski with a sequel after becoming "excited" last year (14) when he fell for a false rumour.

The veteran star played slacker Jeffrey 'The Dude' Lebowski in the 1998 comedy and he reveals he was ready to step back into character in October (14) when he heard reports suggesting the directing duo was on board for a new instalment.

The story even went so far as to allege that Bill Murray would be joining the cast of the sequel, which would feature Bridges' character discovering he has a son.

However, the detailed report was just a hoax and Bridges confesses he was among those who fell for the prank.

He says, "There was a pretty good rumour going around recently that got me; I was excited! I had to call my agent and say, 'Hey, what's happening?' (He said), 'No, it's just rumours.'"

Bridges admits the chances of the Coen Brothers making a new Lebowski film are slim, but he isn't ruling it out completely.

He adds, "I don't think they would do that, the Coen Brothers, but they're always surprising us. So maybe they would, you never know."