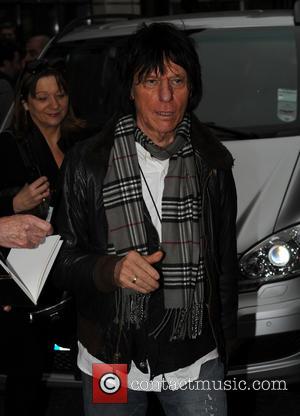 Guitar greats Jeff Beck and Billy Gibbons have become the latest rock icons to team up for a U.S. tour.

Beck will join Gibbons' band ZZ Top on the road for a five-week summer trek, which begins in Montana on 8 August (14) and wraps up in The Woodlands, Texas a month later (12Sep14).

Each show will feature full sets from both acts and close with a collaboration.

Gibbons and Beck joined forces at the Rock and Roll Hall of Fame induction ceremony in 2009 to perform Jimi Hendrix's Foxy Lady and ZZ Top's Rough Boy, and in 2010, Beck joined Gibbons and his bandmates onstage during a show in Lucca, Italy.

The rockers' trek won't be the only hot double act ticket this summer - Linkin Park will tour with 30 Seconds to Mars and Kiss will hit the road with Def Leppard.