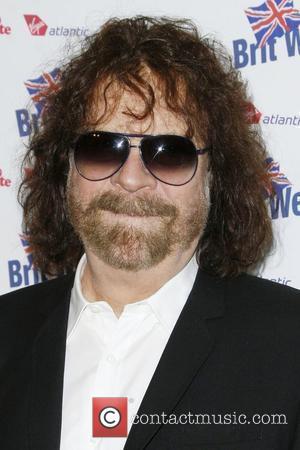 Rocker Jeff Beck completed his latest album EMOTION & COMMOTION with just three fingers on his 'fretting' hand - after he sliced through one in a kitchen accident.
The guitar great cut off a fingertip in the incident and had to tightly tape the damaged digit to another to allow the tip to reconnect with his finger.
He tells Gibson.com, "I had to finish up the album, I had to play two or three tracks without that finger. Over the Rainbow was done with the three fingers... I taped the little finger and the one next to it with sticky tape, so that it could be used.
"It's amazing what you can do. It really is."
Beck was complimented on his quick-thinking medical skills - the tip of his finger had already started to reconnect with his bloody digit by the time he got to hospital.
He adds, "I mean I lost it (tip); it was gone, it was just hanging off... I stuck it back and freaked out and then went to the hospital. But I avoided stitches because the surgeon said I'd done such a great job sticking it back! And it had just started to take when he had a look at it."
And now Beck has his finger back: "It's completely healed (but) it's still numb on the very tip."