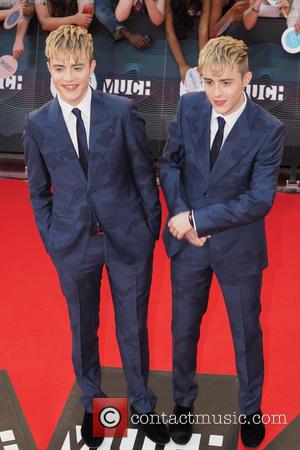 Irish pop twins Jedward were involved in a dramatic helicopter rescue in the early hours of Wednesday (02Jul14) after becoming stranded off the coast of Malahide in County Dublin.

Brothers John and Edward Grimes, who shot to fame on U.K. talent show The X Factor, were walking along Donabate Beach with a young relative on Tuesday evening (01Jul14) when they found themselves trapped on a sandbank.

They managed to alert their mother, Susanna, and she contacted officials at the Irish Coast Guard, who organised a rescue mission.

Authorities searched the shore via helicopter and eventually located the trio.

The 22-year-old singers have since expressed their gratitude to the coast guard personnel and have issued a safety warning to others in a bid to avoid a similar incident in the future.

John Grimes tells the Irish Sun, "What we want to get across is how quickly this all happened. This got out of hand before we even realised. We would urge young people to be very careful around water and the sea. This could have been a tragedy but for the good work of the Coast Guard."