James Gandolfini was remembered by his The Sopranos co-star Edie Falco in an emotional tribute to the late actor during Sunday (22 Sept.) night's 65th Annual Emmy Awards. In a ceremony that featured a number of memorials to fallen stars, Falco's appraisal of her on-screen husband was by far one of the most poignant of the night as she led the ceremony into a hushed remembrance of the acting great. 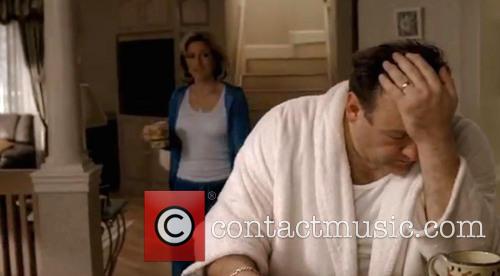 Falco and Gandolfini during one of their many domestic disputes

Falco, who played the long-suffering Carmela Soprano in the ever-popular series, fought back the tears as she remembered the late actor, who passed away in June aged 51. She remembered Gandolfini as a man of "tremendous warmth and heart" and who was "uniquely generous," being nothing like the character he will be best remembered for.

One-time All In The Family actress Jean Stapleton has passed away aged 90, bringing the end to the life of one of American comedy’s most underrated stars.

Stapleton played the role of Archie Bunker’s wife Edith in the sitcom during the 1970’s, and her performance took her to three Emmy awards. That she didn’t go on to greater success on the big screen was perhaps as much due to her own decision making as it was anything else, with the actress comfortable playing character roles and having no interest in being a leading lady. She appeared on All In The Family for eight years, winning plaudits for her role, which often saw her character at odds with her husband. “No one gave more profound 'How to be a Human Being' lessons than Jean Stapleton," said the show's producer Norman Lear in a statement reported by the BBC.

In a statement, her son and daughter John and Pamela Putch said: "It is with great love and heavy hearts that we say farewell to our collective Mother, with a capital M. Her devotion to her craft and her family taught us all great life lessons," they added. As far as films went, Stapleton appeared in the 1996 film ‘You’ve Got Mail,’ with Tom Hanks and Meg Ryan, and 1998’s ‘Michael’, which starred John Travolta. It will be the small screen where she will be remember though.

Continue reading: All In The Family Star Jean Stapleton Dies

Jane Stapleton Dies. Actress Jane Stapleton, who will be best known for her role as the long-suffering Edith Bunker on All In the Family, has sadly passed away at her New York home this week. The TV actress passed away on Friday (May 31) at the age of 90, with her family releasing a statement on Saturday (June 1) that revealed the actress died of natural causes in the comfort of her own home.

Stapleton won three Emmy awards during her time as the long-suffering 'dingbat' wife of Archie Bunker on All In The Family, which ran from 1971 - 1979 before it was rebooted as Archie Bunker's Place, with Stapleton's character being killed off during the hour-long first episode of the show's second season.

The New York City-born actress was already a well-known stage actress before her appearance on All In The Family, however it wasn't until her role on the show that she became a household name. Her first break into acting came in 1949, when she was cast in the touring production of Harvey, gaining numerous role off-Broadway and elsewhere in the country until she was cast in the 1953 Broadway production of In the Summer House. She then went on to appear in the Broadway productions of Damn Yankees and The Bells Are Ringing, reprising the roles she had taken on during her time on stage for the subsequent movie adaptions. She also featured in the first Broadway production of Funny Girl, the show that launched the career of Barbara Streisand.

Continue reading: Jane Stapleton Dies: Star Of 'All In The Family' Passes Aged 90

By Christopher Null
OK
When a troubled young mother leaves her baby on the steps of Good Parents John and Lily Malone (Keith Carradine and Farrah Fawcett), do you think they'll take the child into their home? If you don't know the answer to that one you haven't been watching many Movies of the Week, and TNT's Baby is no exception to the baby-in-a-basket formula. So try to keep up.