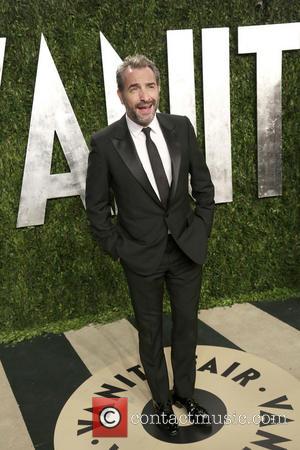 French Oscar winner Jean Dujardin has split from his wife of four years.

The Artist star, who wed actress Alexandra Lamy in 2009, has revealed the couple decided to part ways earlier this year (13), but he insists rumours suggesting the end of his marriage has left him depressed and desperate are wildly exaggerated.

Speaking to reporters at an event in Paris on Tuesday (12Nov13), he said, "It has been eight months that tabloids have been trying to make me out as depressed, an alcoholic, a womaniser. This is no more, or less, than the story of a couple who are separating, like any other couple (sic)."

Dujardin met Lamy in 1999 when they were both cast in French Tv series Un Gars, Une Fille. They also teamed up onscreen in The Players, which the actor co-directed, produced and starred in.