2012 Oscar Predictions: Who Will Scoop This Year's Prizes? 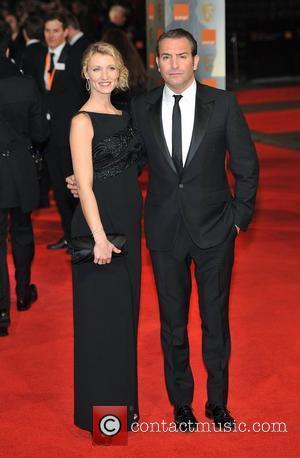 The 2012 Oscars are almost upon us, with several categories nicely poised, and others already looking like foregone conclusions. The critics have had their say, but it's down the all-important Academy voters to decide who walks away with a share of the spoils come Sunday evening in Los Angeles (February 26, 2012).

Someone, somewhere, will probably know who has scooped this year's prizes after the deadline for votes passed at 5pm on Tuesday (February 21, 2012). All Academy member ballots arrived at the downtown Los Angeles offices of accountants Pricewaterhousecoopers, after a week that has seen studios step up their campaigns to try and convince last minute voters to opt for their movies. So who did the voters have to choose between this year? In the all-important Best Picture category, it's the well fancied silent movie 'The Artist', starring Jean Dujardin, that takes on Alexander Payne's 'The Descendants', 'The Help', 'Midnight in Paris', 'Moneyball', 'The Tree of Life', 'War Horse' and the critically derided 'Extremely Loud and Incredibly Close'. Though late support has come in for Woody Allen's Parisian flick in particular, it should be fellow French-set movie 'The Artist' that scoops this one. Things are a little more complex in the category of 'Actor in a Leading Role', with a couple of stars realistically in with a good chance of winning. The Artist's Dujardin scooped the same award at the BAFTAS recently, though George Clooney took home the Golden Globe for his work as land-baron Matt King in the The Descendants. Elsewhere, Brad Pitt's well-received turn as Oakland A's coach Billy Beane would be a popular winner, though Hollywood favorite Clooney should pull through - just. It's a similarly close-knit affair in the category for 'Actress In a Leading Role' with Meryl Streep, Viola Davis, Rooney Mara, Glenn Close and Michelle Williams all arguably turning in career-best performances. Close was lauded for her role in Albert Nobbs, while Mara took on a dramatic physical transformation to play hacker Lisbeth Salander in David Fincher's remake of The Girl with the Dragon Tattoo (which was surprisingly snubbed elsewhere in the awards). It's worth noting that Williams' role as Marilyn Monroe would probably have won-over the Academy in recent years, though stand-out performances from Streep and Davis (in The Iron Lady and The Help respectively) effectively make this a two horse race. Though the bookmakers have Davis as the one to beat - it's likely that Meryl Streep's turn as former British Prime Minister Margaret Thatcher will be too much to ignore for the Academy, who are traditionally wooed by historical biopics.

Martin Scorsese would be an unbelievably popular choice for the Directing Oscar this year and his family flick 'Hugo' actually leads the nominations with 11. He first scooped the award for his hard-hitting crime drama 'The Departed' and although Hugo has been praised for his wonderful visuals and magical interpretation of Paris - this Oscar statuette is probably going elsewhere. Terrence Malick's dreamy 'The Tree of Life' scored endless 5 star reviews upon its release last year, but the director's reclusive nature is likely to put off traditional-minded Academy voters. Alexander Payne and Woody Allen are both Oscar favorites, though this year's award for Best Director is likely to end-up in the lap of The Artist's Michel Hazanavicius.

Elsewhere, the Oscar for 'Actor in a Supporting Role' is almost certainly heading to veteran British star Christopher Plummer for his portrayal of a gay father in 'Beginners', while the Supporting Actress prize should be heading to The Help's Octavia Spencer. Best Adapted Screenplay will no doubt be won by Alexander Payne for The Descendants, while Best Original Screenplay will most probably head to Woody Allen for 'Midnight in Paris', though the writers of The Artist will no doubt have something to say about that.