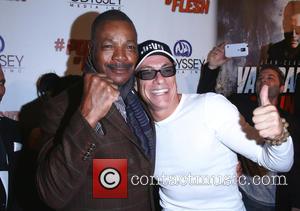 The veteran action man worked with Faraci on his 1994 film Timecop and he shared a picture of his late friend on his Facebook.com page in his memory.

Van Damme writes, "A dear actor/martial artist fellow, Rick Faraci, has passed away! Mr. Faraci played Cole in (Timecop). He was such a nice person on and off the screen. Much love to his family... He will be always remembered. #‎RIP‬ ‪#‎JCVD‬."

No further details about Faraci's death were available as WENN went to press.

As well as working with Van Damme on Timecop, Faraci also appeared with Jackie Chan in 1995's Rumble in the Bronx, while his other credits include 2001 film Camouflage and TV shows Smallville, Psych and Arrow.