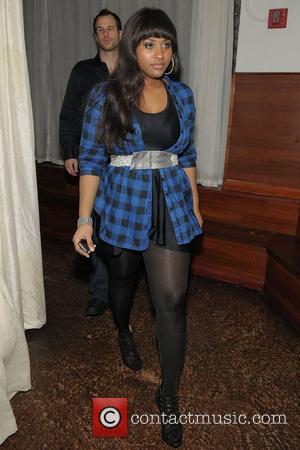 The Grammy Awards' big loser Jazmine Sullivan is celebrating after landing her first big acting job in new film RED TAILS.
The singer, who went home empty handed from the prizegiving after landing five Grammy nominations, will play a forces sweetheart in the period film about the Tuskegee Airmen - America's first black military pilots.
She says, "I play a singer who entertains soldiers. I'm really just entertainment for them, but I kind of get a little relationship going with one of them. So that's very exciting."
Sullivan flies out to Prague, Czech Republic in April (09) to shoot her scenes in the film, which was co-created by Star Wars guru George Lucas.