The 27 year-old singer reportedly became incensed by the music mogul wanting to attend another A-List celebrity's after-party...without his wife. 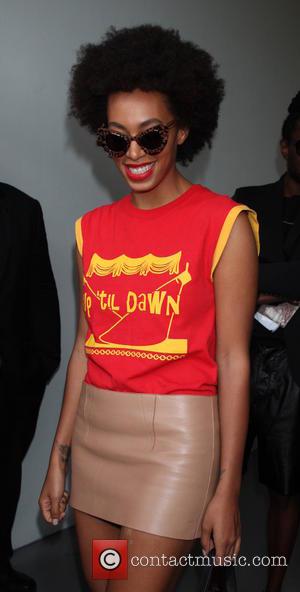 Since the leaked tape of Solange Knowles attacking her brother-in-law, Jay-Z, inside an elevator at a Met Gala after-party surfaced, there has been much speculation as to why this happened.

The answer may be involving the rapper wanting to continue to party into the night, without his wife Beyoncé.

According to the New York Daily News, the intense row started when Jay got angry at Solange after two of her friends tried using his name in an attempt to get into the star-studded after-party at The Standard hotel in Manhattan.

"Two of her friends, who were not dressed for the Met Ball, showed up at The Standard and caused a scene downstairs," a source told the newspaper.

Adding, "They wouldn't leave and kept name dropping Jay Z. They were pretending they were guests of his and not hers. Management went to Julius (Beyonce's bodyguard) and said there's a problem."

Jay got very irritated and told Solange "don't use my name," but this made his sister-in-law very upset and she decided she wanted to leave the shindig.

While exiting the venue, the '99 Problems' rapper said he would be heading to Up & Down on West 14th Street, where Rihanna was hosting her own Met Gala after-party, a second insider revealed.

Allegedly, Jay informed his team that he didn't need extra security because Beyoncé was heading home, but this wasn't OK with Solange.

The second source said, "she seemed drunk and irritated," and asked Jay, "Why can't you go home?" before turning to her sister to say, "Why does your husband need to go to the club right now?"

Watch the leaked tape below

MORE: #WhatJayZSaidToSolange: Twitter Has Its Say on Solange vs Jay-Z

But Jay didn't approve of this and replied, "you're one to talk," which incensed Solange so much, that once they entered the elevator she started kicking and punching him, which was caught on the hotel's CCTV camera.

Jay-Z reportedly decided not to go to Rihanna's party after all.