Jay-z Wants To Perform With Obama

Jay-Z wants US President Barack Obama to perform an Al Green song at his two-day festival Made In America festival. 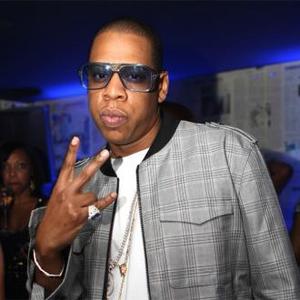 Jay-Z wants US President Barack Oabama to sing at his two-day Made In America festival.

The rapper is a major supporter of the American leader and he wants Obama to swap the White House for the stage and re-create the famous moment at the Harlem Apollo Theatre in New York in January when he performed an impromptu rendition of Al Green's hit let's 'Stay Together'.

Jay-Z thinks the musically gifted world leader - who has displayed his singing talents on several occasions - would make a great addition to the line-up at the event which is being held in Philadelphia in September.

The hip-hop mogul said: ''I'm gonna give him a call and try to get him to perform - do a little rendition of Al Green. I think that opens up the political season. He'll be so far into helping the world he probably won't have time but I'm absolutely going to ask him.''

One person who will definitely be appearing on the bill is Jay-Z's wife Beyonce Knowles - who recently gave birth to the couple's first child, daughter Blue Ivy.

The 42-year-old star said: ''I tried to put it far enough away that she'd have a little gap in her schedule so hopefully that works.''