Jay-Z is suing his former personal chef for $1.5 million claiming he failed to live up to the required professional standards after he was told to revive the menu at his Manhattan 40/40 Club restaurant. 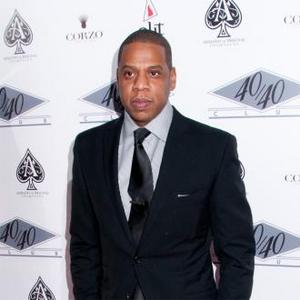 Jay-Z is suing his former personal chef for $1.5 million.

The hip-hop mogul has filed a lawsuit against Mike Shand, who worked for both him and his wife Beyonce Knowles, on behalf of his restaurant the Manhattan 40/40 Club, claiming he ''failed to perform on significant aspects'' of a deal to make the menu better.

Jay and his partner Juan Perez claim his lack of input lead to a loss of profits which cannot be regained.

According to the NYPost.com, a filing in a Manhattan court read: ''The club has not been able to adequately replace the items and services defendant was paid to provide.''

Mike's lawyer claimed he was unaware of why a lawsuit would be filed against him.

Vik Pawar said: ''Mike's a great chef, and it is unclear why 40/40 would contemplate a lawsuit against him. Nevertheless, we will respond accordingly when he gets served with the complaint.''

Among the items listed on the menu at the establishment include a $42 Rib Eye steak and a $28 grilled halibut, and New Zealand-native Mike is still listed as the chef at the restaurant on its website.