Jay-z And Kanye West Bring Watch The Throne To Europe

Jay-Z and Kanye West are bringing their 'Watch The Throne' tour to Europe, following its success in North America. 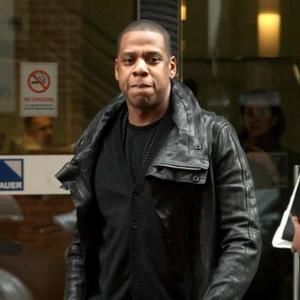 Jay-Z and Kanye West are bringing their 'Watch The Throne' tour to Europe.

The two rappers are transporting their huge stage spectacular over from North America - where they completed a sold out 35-date tour - in May, to play dates in England, France, Sweden, Denmark, Belgium and Germany, among others.

The pair are also coming to Europe fresh from winning a Best Rap Performance Grammy for their track, 'Otis', earlier this month.

Jay-Z recently hinted he and Kanye could start work on a follow up to their self-titled debut, to be released as early as next year.

He said: ''We - I say 'we' because I'm in Throne mode - we're in a great place creatively. You might see a Jay, then Kanye and a Throne album next year. We really found our zone.''

The rappers have been working together for over ten years, with Kanye getting his big break producing Jay's track 'Izzo (H.O.V.A.)', which went on to be one of the latter's biggest hits.

They have continued to appear on each other's tracks ever since.

May 29 - Stockholm The Globe, Sweden