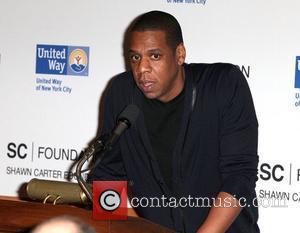 Jay Z has gained a reputation as a straight talking man over his twenty or so years in the spotlight, which means when he's praising the talents of others you know that his credence is something to be taken seriously. Now, admittedly J.Cole is signed to Jigga's own Roc Nation but that surely acts as a further endorsement of quality possessed by the 26 year-old rapper. Up for a gong in the highly competitive Best New Artist category in next year's Grammy Awards, the German-born MC finds himself up against The Band Perry and Nicki Minaj as well as the not-really-that-new Bon Iver and Skrillex. It's tough old competition alright but Cole's mentor has no doubts that his man is destined to walk away with the top prize - indeed he's already topped Hova's personal list.
"I think it's great for him, because I'm sure it's a dream of his. We grew up seeing Michael Jackson, and I'm sure he grew up seeing whatever moment stuck in his mind, so I know it's great for him to do that," Izzo told MTV, "I think he's already won Best New Artist, to me. His journey is what I'm really excited about."
Praise indeed from the multi-million selling rapper, who also urged the need to still develop Cole as an artist despite his stunning initial success - debut album 'Cole World: The Sideline Story' went in at Number One on the US Billboard Charts - but lets hope Jay's as laid back as he sounds on the subject for fear of a replication of his Watch The Throne partner Kanye West's 2009 Vma storming of the stage should his preferred act not win.