He opens up about his mother being a lesbian on David Letterman's Netflix show.

Last year Jay-Z revealed that his mother Gloria Carter was a lesbian through the song 'Smile' on his latest album '4:44'. Now as part of David Letterman's Netflix show 'My Next Guest Needs No Introduction', the rapper opens up about the moment his mother opened her heart to him. 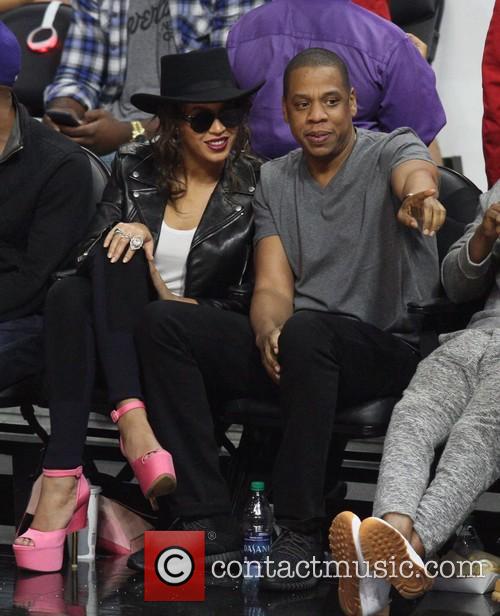 Jay-Z and Beyonce at a Clippers game

It was something that he knew for a long time despite her having had three other children with his late father Adnis Reeves, but when she spoke to him for the first time about finding love in another woman, the happiness he felt for his mother moved him to tears.

'Imagine having lived your life with someone else. And you think you're protecting your kids', he told Letterman. 'For my mother, to have to live with someone that she wasn't... and hide and protect her kids - and didn't want to embarrass her kids - for all this time, and for her to sit in front of me and tell me, 'I think I love someone'... I mean, I really cried.'

Needless to say, it inspired the lyrics of 'Smile', for which Gloria provided a spoken-word sentiment in the outro and even appeared in the later released video for the track.

'That's a real story, I cried because I was so happy for her that she was free', Jay continued. 'This happened eight months ago when the album was being made. She just told me. I made the song the next day. I knew, but this was the first time we had the conversation and the first time I heard her say she loved her partner.'

Even then Jay couldn't help noticing that she was still holding back her feelings, which perhaps encouraged him to prove to her that her happiness was all that mattered to him - like he says in the song, 'Cried tears of joy when you fell in love/ Don't matter to me if it's a him or her'.

'She held that little bit back still', he recalled. 'She didn't say 'I'm in love', she was like, 'I feel like I love someone'. And I just... I cried. I don't even believe in crying 'cause you happy, I don't even know what that is. What is that?'

As for what the experience meant to Ms Carter, she reads on the song outro: 'Living in the shadow/ Can you imagine what kind of life it is to live?/ In the shadows people see you as happy and free/ Because that's what you want them to see/ Living two lives, happy, but not free.

More: Jay-Z and Beyonce to embark on their On The Run II Tour

'You live in the shadows for fear of someone hurting your family or the person you love/ The world is changing and they say it's time to be free/ But you live with the fear of just being me/ Living in the shadow feels like the safe place to be/ No harm for them, no harm for me/ But life is short, and it's time to be free/ Love who you love, because life isn't guaranteed/ Smile.'