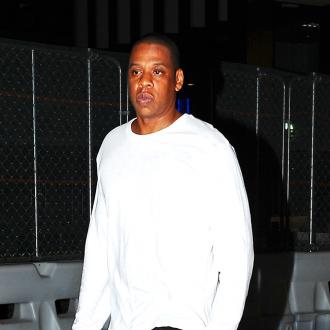 Jay Z - whose real name is Shawn Corey Carter - will have some stiff competition ahead of him though as he's to go head-to-head with 'Like a Virgin' hitmaker Madonna, Bryan Adams, George Michael, Cat Stevens and Gloria Estefan.

The late musician Sylvester 'Sly Stone' Stewart, who died last year, is also in the running to receive a posthumous accolade for his work with Barry McGuire, Johnny Rivers, as well as other recognised artists.

The 'Run This Town' hitmaker, who unveiled his debut album 'Reasonable Doubt' in 1996, has since had a number of hit records, including his LP 'The Blueprint' and 'The Black Album', which were recognised as the greatest albums of all time by Rolling Stone magazine.

The New York-born rapper - who has four-year-old daughter Blue Ivy with his wife Beyoncé - follows in the footsteps of music legends Stevie Wonder, Andrew Lloyd Webber, Dolly Parton and Keith Richards, who have previously been honoured.

The Songwriters Hall of Fame nominations for 2017 are as follows: