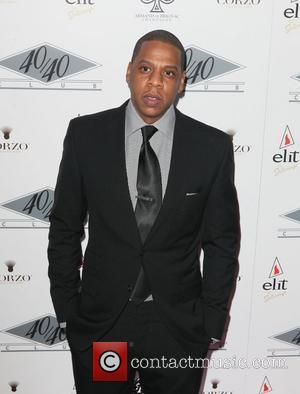 Jay Z playing to less than 3,000 people wouldn't have been a bother to one of the most successful rap artists in history. Izzo has consistently raised the bar for himself in terms of popularity and commercial success, appearing to larger and larger crowds as a result - it took the Usa's largest stadiums to house both he and Kanye West's 'Watch The Throne' live show. Yet when the 3,000 people are guests in New York's prestigious Carnegie Hall, some of whom have paid up to $2,500 a ticket, you might begin to realise why Hova might have felt the heat for this one.
We should've given Jigga more credit; the 42 year-old played 90 minutes with aplomb, reports CBS, turning up on stage wearing a white tuxedo complete with black bow tie - and those trademark sunglasses still in place. Among the set was 'Glory,' the track released early this year and featuring his daughter Blue Ivy Carter on the credits; finishing it he admitted "I didn't think I was going to make it through that one, that was tough."
It was about the only thing that was tough for Carter, as he plundered through his hits including 'Hard Knock Life,' 'Dirt Off Your Shoulder' and '99 Problems,' an orchestra meanwhile played classic New York-evoking songs such as Billy Joel's 'New York State Of Mind,' Frank Sinatra's 'New York, New York' and Gil Scott-Heron's 'New York Is Killing Me.' It was an all-encompassing performance from Jay, the rapper even managing to muster more costume changes than wife Beyonce during her acclaimed Glastonbury performance last year, as he first changed into a black tuxedo and then finished the show in more traditional black t-shirt, black trousers and black cap. The first rapper to perform at the grand hall since Wyclef Jean in 2001, he'll probably remain the best for some time to come.