Jay-z Embroiled In Lawsuit With Chef 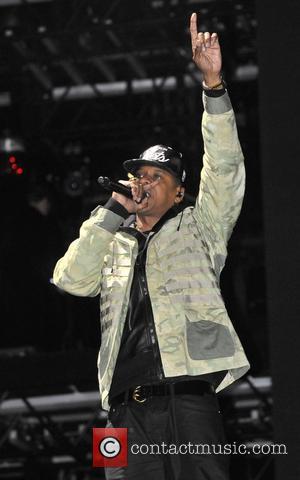 Jay Z is embroiled in a legal battle with his former on-tour chef over allegations he failed to cook up a tasty menu for the rapper's New York sports bar.
Lawyers representing the Manhattan branch of Jay Z's 40/40 bar and restaurant chain have filed suit against Mike Shand, who previously organised food for both the hip-hop star and his wife Beyonce on tour.
The legal papers, filed at a Manhattan court, allege Shand "failed to perform on significant aspects" of a deal to spice up the menu for the luxury sports bar's reopening earlier this year (12), according to New York Post gossip column Page Six.
The lawsuit also states that "the club lost profits, loss of good will (and suffered) alienation of clientele... The club has not been able to adequately replace the items and services (the) defendant was paid to provide."
Shand's lawyer, Vik Pawar, says, "Mike's a great chef, and it is unclear why 40/40 would contemplate a lawsuit against him. Nevertheless, we will respond accordingly when he gets served with the complaint."
Jay Z launched the first 40/40 in New York in 2003 and there are now branches in Atlantic City, New Jersey and Las Vegas.