The 1999 single 'Big Pimpin' is the subject of an enormously lengthy court case regarding a sample from a 1957 Egyptian love ballad.

Jay Z has testified in a Los Angeles courtroom that he does not believe he infringed the copyright of an Egyptian love ballad in order to create the hook for his 1999 single ‘Big Pimpin’.

The rap megastar, whose real name is Shawn Carter, spent an hour and a half explaining about the inspirations from his life and the creative process he and his producer Timbaland undertook in making the hit single, which became one of the biggest of his career at that point.

He and Timbaland are both being sued by the estate of Egyptian singer Baligh Hamdi, who made the 1957 hit song ‘Khosara Khosara’, the melodic flute flourish of which is accused of being unlawfully used as the catchy hook from ‘Big Pimpin’. 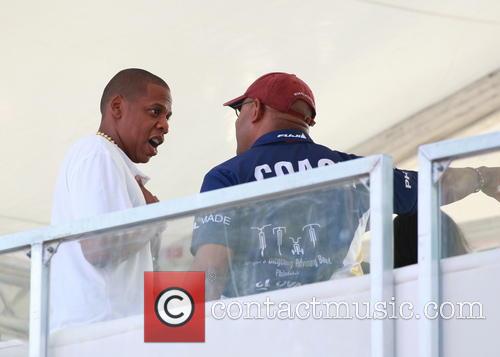 Timbaland’s lawyer Christine Lepera said that the producer had used the flute melody under the assumption that it was royalty-free, but had then paid $100,000 to EMI Music Arabia for the retrospective licence. Peter Ross, the lawyer for Hamdi’s nephew Osama Ahmed Fahmy, says that he should have also sought permission from the family for its use, but say that he didn’t bother, partly because he knew that it wouldn’t be granted because of the “vulgar” and “risqué” lyrics of the track.

While testifying, Carter produced a CD copy of the album on which ‘Big Pimpin’ appears (1999’s Vol. 3… Life and Times of S. Carter) and pointed to the credits for evidence that they had permission. “We have the rights as you can see on the bottom of the CD,” adding that it was not his direct responsibility to clear the rights for music. “That’s not what I do. I make music,” he said.

The case follows a number of months after Robin Thicke and Pharrell Williams were forced to cough up $7.4 million after their hit ‘Blurred Lines’ was substantively similar (but, crucially, not identical) to Marvin Gaye’s 1977 single ‘Got To Give It Up’. This opened up the potential for copyright cases to be applied to songs that don’t use actual samples but merely sound the same.

However, the ‘Big Pimpin’ case dates back much further than that, with Fahmy’s lawyers first filing a legal complaint way back in 2007.