Jay Z has slammed a ''smear campaign'' against his Tidal music streaming service in a lengthy posting on Twitter. 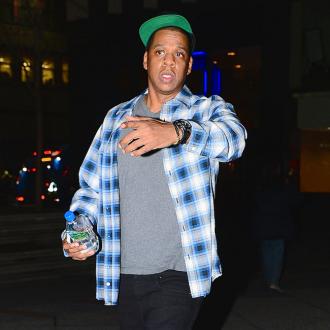 Jay Z has slammed a ''smear campaign'' against his Tidal music streaming service.

The '99 Problems' hitmaker has spoken out against the backlash against his company - which had a star-studded launch two weeks ago - to insist it is the victim of a multi-million dollar campaign from rivals and is entirely ''pro artist and fan''.

He tweeted: ''There are many big companies that are spending millions on a smear campaign. We are not anti-anyone, we are pro-artist & fan. We made Tidal for fans. We have more than just music. We have video, exclusive concerts, tickets for events early, live sports! (sic)''

The 45-year-old music mogul - who was joined at the launch of the app by artists including his wife Beyonce, Rihanna, Usher, Daft Punk, Deadmau5, Kanye West, Madonna and Nicki Minaj - appealed for Tidal not to be dismissed and stressed it will pay artists more for their music than any rival streaming service.

In a lengthy twitter post punctuated by the hashtag #TidalFacts, he continued: ''Tidal pays 75 per cent royalty rate to ALL artists, writers and producers - not just the founding members on stage.

''Indie artists who want to work directly w/us keep 100 per cent of their music.''

''The iTunes Store wasn't built in a day It took Spotify nine years to be successful.

''We are here for the long haul. Please give us a chance to grow and get better.''

Jay spoke out following criticism that fans didn't want to hear wealthy artists complain they weren't being paid enough by streaming services, while it has been claimed Apple executives have pledged that acts who put exclusive content on Tidal will no longer be promoted or featured on iTunes.