His new song 'All The Way Up' references speculation over marriage.

Jay Z and Beyonce have remained decidedly mysterious as question after question was raised over the content of the latter's visual album 'Lemonade', with everyone speculating that their marriage might be in serious trouble. But now Jay Z has finally commented on the situation with his latest song. 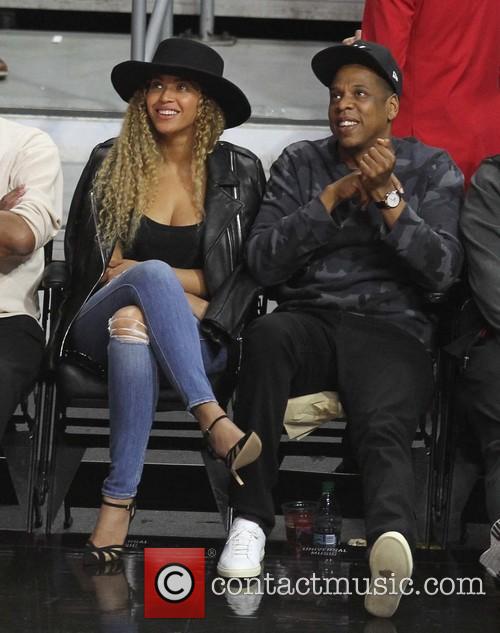 The rapper released new single 'All the Way Up' with Fat Joe, Infared, Rema Ma and French Montana yesterday (May 24th 2016), following its premiere at Yankee Stadium, and it comes just one month after Beyonce released her gossip-mongering album 'Lemonade'. The album referred to infidelity and marriage troubles in many of the songs, with 'Sorry' in particular sending the world reeling over who could possibly be 'Becky with the good hair'.

Now Jay has something to say about all the media speculation: 'You know you made it when the fact / Your marriage made it is worth millions / Lemonade is a popular drink and it still is / Survival of the littlest', he raps in 'All the Way Up', referencing Gang Starr's 1992 tune 'DWYCK'.

A source revealed to E!News following the release of 'Lemonade' that the couple haven't always been as strong as they like to make out in public. 'They had been having problems for years', they said. 'There was a constant commitment issue between them and in the end they were barely speaking. Beyonce didn't fully trust Jay and it was hard for her to get past that.'

However, it looks like things are definitely on the up for Bey and Jay because they've apparently been recording a secret album together. 'Jay and Beyonce were never going to do an interview to address all the questions that came up after 'Lemonade'', a source told Page Six. 'It's more their style to respond through music.'

'All the Way Up' is currently streaming on Tidal.