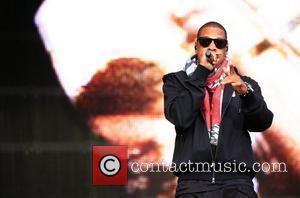 Rap mogul Jay Z is stepping up the talent search for his Roc Nation imprint by taking over a German digital label.
The Empire State of Mind star recently outbid bosses at Universal and Jive Records to acquire Block Starz Music Llc, an independent firm founded in 2008.
The new deal will see Block Starz representatives work with Jay Z to scout new talent across Europe, according to AllHipHop.com.
Roc Nation's roster already boasts a variety of British artists - The Ting Tings, Daniel Merriweather and superproducer Mark Ronson are all signed to the label, while Rihanna and Santigold are among its more high-profile U.S.-based stars.