Beyonce "Not Impressed" When She First Met Jay Z

With Blue Ivy, the child of Beyonce and Jay Z, approaching 2-years-old, Jay Z has revealed that their relationship got off to a rocky start as Beyonce was "not impressed" when they first met. 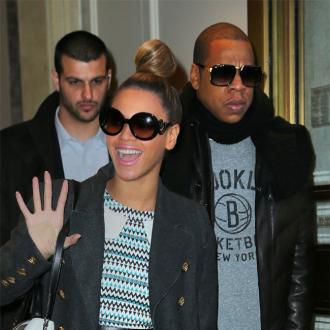 Hip hop superstar Jay Z has revealed that when he first began dating Beyonce, he had to work incredibly hard as she was ''not impressed'' by him. The rapper, 43, found he had to go traditional with his wooing attempts for the 'Halo' singer when they began dating, confessing that in order to get close, he had to properly ''wine and dine'' her.

The couple both appeared on the 2001 Music Issue of 'Vanity Fair', and Jay Z commented that: ''We were just beginning to try to date each other. Well, you know, you've got to try first. You got to dazzle ... wine and dine.'' The couple have been together since, and now have a daughter - Blue Ivy - who is approaching two years old. Beyonce and Jay Z are still enjoying their successful careers since marrying secretly in 2008.

Jay Z believes that Beyonce would still have ended up dating him if he wasn't famous - mainly because he finds himself very cool. He boasted: ''If I'm as cool as I am, yes. But she's a charming Southern girl, you know, she's not impressed ... But I would have definitely had to be this cool.'' Former Destiny's Child singer Beyonce has been obsessed with maintaining her 'good girl' image, but Jay Z has now revealed that he has rubbed off on her and insists: ''she's gangsta now''.

Related: Jay-Z Hints Beyonce Is Pregnant With Their Second Child?

One of the most well-known and highest grossing rappers in the world, Jay Z has suggested that the claims by 'Forbes' magazine that he has a net worth of 500 million USD are not entirely accurate. That said, he refuses to comment on the actual figures, instead explaining that: ''I'm not motivated by that ... I don't sit around with my friends and talk about money, ever. On a record, that's different.''