Beyoncé is reportedly working on her new music

Beyoncé is reportedly working ''hard'' on her new music. 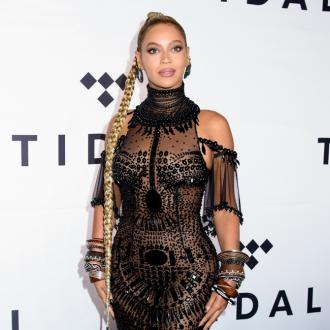 Beyoncé is reportedly working ''hard'' on her new music.

The 35-year-old singer is believed to be planning to release new songs as she has been ''inspired'' by the birth of her one-month-old twins Sir Carter and Rumi, who she has with her husband Jay Z.

Speaking about the former Destiny's Child band member to NME Online, a source said: ''Beyoncé is already hard at work, having the twins has inspired her.''

As well as a new song the powerhouse is believed to be planning a ''surprise tour'' for her fans.

The source continued: ''She has been recording new material and is planning a surprise tour for her fans too - expect an announcement soon. She is more determined than ever and feels inspired by having her babies recently.''

And Beyoncé - who also has five-year-old daughter Blue Ivy - has been able to focus on her career as she reportedly has nannies on board to look after her brood whilst she is recording new material in the studio as she cannot keep away from the music business.

The insider explained: ''Beyoncé has hired nannies to help with the twins and she's been writing and recording new material while working hard to get back in shape.

''There is no way she is going to step away for a few years to raise her kids, that is not on her agenda at the moment, she's raring to go again.''