Beyonce, Jay Z, Kanye West, Rihanna and Pharrell Williams have teamed up to file a joint lawsuit against ElevenParis for allegedly using their names and photographs on its T-shirts without permission. 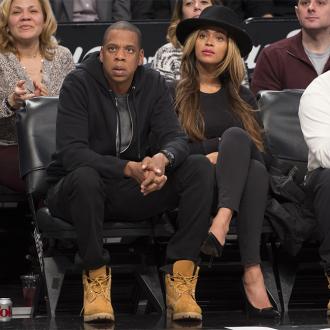 The singing stars have teamed up to file legal documents about the French label for allegedly using their names and photographs on its T-shirts without asking their permission.

The company has been slapped with over 50 complaints from the A-listers claiming its actions ''have caused and are causing immediate irreparable harm'' to the celebrities, all of whom have their own collections or fashion collaborations.

The brand - which is popular with Kendall Jenner, Jessica Alba and Jennifer Lopez - has been told to cease manufacturing the concerned products as well as covering the profits and legal fees.

According to HELLO! magazine, the lawsuit claims: ''Defendants (i.e. ElevenParis) have wilfully traded upon the goodwill and notoriety of Plaintiffs, arguably some of the most famous musical artists and entrepreneurs in the world.

''Even after receiving warnings from Plaintiffs to cease and desist from selling the infringing products ... defendants continue to sell (the) unauthorised goods.''

ElevenPairs has since released a statement claiming it is in negotiations with the stars to settle the complaint.

The statement stated: ''ElevenParis is determined to find a fair and balanced agreement with them and their advisers.''