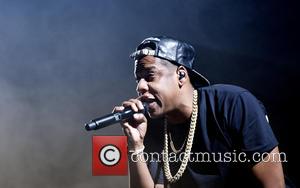 Bosses at U.S. retailer Barneys have issued an apology to Jay Z after he was dragged into a race row raging around the store's alleged profiling policy.

The high-end chain has been at the centre of a scandal over claims two young black shoppers were detained by cops after making expensive purchases at a New York City branch.

The pair allege they were aggressively quizzed about how they could afford to buy their items, and have since filed suit against the store for discrimination.

The row has erupted as Jay Z, real name Shawn Carter, plans to release a curated designer collection for Barneys in time for the festive season, with more than 24,000 fans signing a petition calling on him to cut ties with the store.

CEO Mark Lee has now spoken of his regret that the rapper has been embroiled in the drama, saying, "We deeply regret that these recent events have distracted from the great work of the Shawn Carter Foundation, and we offer our sincere apologies to Mister Carter."

Profits from Jay Z's line are set to go to charity.

The 99 Problems hitmaker has insisted he will not pull the project until he learns all of the facts surrounding the customers' claims.