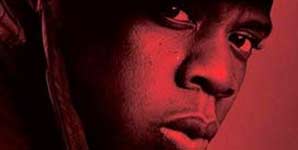 'The Black Album' was supposed to be Jay Z's last release and that album certainly propelled Jay Z into the stratosphere of musical history. Well he couldn't get enough and 'Kingdom Come' will be to the delight of his fans and musical lovers in general. Having already sold 850 000 copies in its first week of release in America alone this proves that Jay Z is a true heavyweight champ of the music industry and true hip hop don.

The album is classic Jay Z; articulate, well produced, positive and very professional. It has all the elements to have wide appeal and yet still sticks to genuine hip hop formula. In fact there's not one bad track on the album and shows Jay Z is still top of his game. His single 'Show Me What You Got' uses a Public Enemy sample to good effect and turns this track into a real upbeat dance floor party hit. It kinda' reminds me of 'Crazy In Love' by Beyonce. 'Kingdom Come' has real class in the music and lot of layers to it so it makes for good repeated listening. It has a sophisticated feel and is full of funk and depth. Jay Z continues to prove he is a master lyricist and continues to deliver excellent lyrics in his own unique and well delivered way. '30 Something' is an absolute classic hip hop track with all the gusto of boy down good and upfront funk with the production of Dr Dre. He's got some of the best artists in the music industry right now on this album from his girl Beyonce to John Legend, Pharrell, Usher and even interestingly Chris Martin from Coldplay. 'Beach Chair' is a progressive track that shows Jay Z is still experimenting and exploring the realms of crossover fusion of pop with hip hop and it does work.

This is a significant album of our time in that hip hop is the biggest selling music at the moment and Jay Z is at the spearhead of that. 'Kingdom Come' didn't blow me away quite like 'The Black Album' however it is of such a top level of professionalism and sophistication that it's light years ahead of most others. It's a prime example of why hip hop is so successful as if you compare this album to other genres of music you know your kids will be listening to this in years to come. We should all be pleased that Jay Z returned to making music and we wonder how far the Roc-A-Fella legacy will stretch.