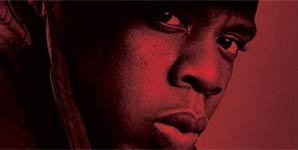 Shawn Carter the President of Island / Def Jam otherwise known to you and me as Jay - Z comes out of what could only be described as premature retirement to deliver a new set. He is also known by probably 99.9% of the worlds male population as, the lucky b**tard that goes out with Beyonce.

The album opens with the in ya face hard hitting drum driven cuts "Oh My God" and the album title track "Kingdom Come".

The lead single from the album is "Show Me What You Got". This track opens with the same sampled horn blast as used by Wreckx N Effect. But this funky upbeat monster was the perfect return number. Then comes the crème de la crème, the jaw dropping "Lost One" the piano riff is dope, Jay's rap is smooth slick and very tight. Featuring the soulful Chrisette Michele on vocal duty, this track really showcases Jay Z at his very best.

"Do You Wanna Ride" features John Legend on vocals, and the drum driven melodic head nodder shows more strings to Jigga mans bow. "30 Something" sounds like something J would have recorded on his amazing debut album, still his finest in my opinion, an album called "No Doubt", trust me I know dis shit. "Minority Report" has the same haunting appeal as Kanyes "Jesus Walks".

Baring the odd obvious bit the tracks featuring Usher and Pharell and his chick B. This is a solid set of real shit that should appease the real hip hop fan whilst offering enough to keep the crossover crew happy too. A welcome return from Jay Z and boy does the scene need some good albums like this to liven things up.