Review of The Blueprint 3 Album by Jay Z 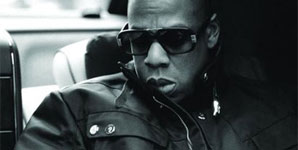 Jay Z is back with another 'Blueprint' and who would have believed we would have another after the supposed final 'Black Album'. Multi Grammy award winner, record winning number of Billboard hits, business mogul, former CEO of Def Jam Recordings and husband of Beyonce Knowles, Jay Z could be bigger than Elvis! Obviously there is a load more in store for Jay Z however is this album worthy of a 'Blueprint' title?

Well it has epic similarities to the first 'Blueprint'. Kanye West is producing on it like the 2001 album and in my opinion is definitely one of Jay Z's finest. Whoever saw the VMA's and the outstanding performance of 'Empire State Of Mind' definitely knew Jay Z was back for real and for me this track is one of the best tracks on the album. There's loads more bangers as well, in fact there's something for everyone and all show a class sophistication that absolutely displays hip hop as a global leader in music. The music is invigorating, fresh and progressive. There's top draw arrangement and the lyrics and flow continue to illustrate Jay Z as innovative, conscious, original and hip hop don.

There are some interesting collaborations. Alicia Keys and Rihanna are obvious good choices as well as stable mates Kanye West and Pharrell. Kid Cudi on 'Already Home' and Young Jeezy on 'On The Next One' make great contributions and a canny guest with Mr Hudson on 'Young Forever' certainly gaining commercial appeal and good melody.

'Blueprint 3' is certainly one of Jay Z's best and worthy of the title. Eleven solo albums later and Jay Z continues to grow and lead the way in hip hop. It's all very clever, creative, provoking, and genuine and surely will gain more support from the youth and grab more crossover listeners. This is a great album and sets Jay Z as hip hop royalty. Really good stuff and definitely worth a listen!