Music Career: Jay Reatard began his career in music when, at the age of 15, he sent a homemade demo to Goner Records. The owner of Goner Records was Eric Friedel, former member of Oblivians. Reatard had seen Oblivians playing Memphis earlier that year, supporting Rocket From the Crypt.

His first band was named The Reatards and was a solo project. Goner Records released the debut single from Reatards, which consisted of Jay Reatard playing guitar, singing and hitting a bucket for a drum. The "7 was entitled Get Real Stupid.

The next release from the Reatards featured bass player Steve Albundy and Elvis Wong on drums. Their first album as a three-piece was Teenage Hate in 1998, followed by Grown Up Fucked Up. At the age of 18, Jay Reatard took his band on a European tour.

Jay Reatard started a new project in 2001, named Lost Sounds, which he formed with Alicja Trout and Rich Crook. They were often compared to the early punk rock of The Screamers. The band lasted for four years and disbanded in 2005.

One of Jay Reatard's early side projects was Bad Times, which also featured Eric Friedl and King Louie Bankston. They had one practise, then recorded an album and split after one gig, before returning to their various commitments.

Whilst a member of Lost Sounds and the Reatards, Jay Reatard also formed another side project, named the Final Solutions, a band that included Tommy Trouble on bass. In 2004, Jay Reatard set up a record label with his ex-girlfriend, Alix Brown. The label was named Shattered Records and they released records for Tokyo Electron, Jack Oblivian and Digital Leather among others.

The label was put on hold in 2007, whilst Jay Reatard promoted his solo albums, before reviving the organisation in 2009, announcing the release of his final album, Watch Me Fall.

In the autumn of 2006, Jay Reatard toured with the Angry Angles, which featured Alix Brown, Ryan Rousseau (Elvis Wong) and Paul Artigues from Die Rotzz. Jay Reatard has also released solo music under the names Terror Visions and Destruction Unit.

Jay Reatard's final album was entitled Watch Me Fall and was released in August 2009 on Matador. His backing band The Barbaras quit in October 2009, but no reason was publicly divulged for their departure.

Personal Life: On January 13th, Jay Reatard was found dead in his house in Midtown, Memphis. It has been reported that he died in his sleep. No other details have been released regarding his death, at the age of 29.

By Hayley Avron in Music Reviews on 10 August 2009 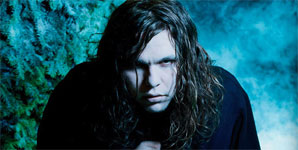 By Dom Gourlay in Music Reviews on 08 October 2008 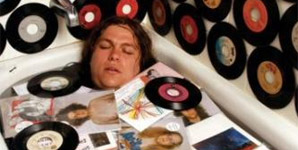 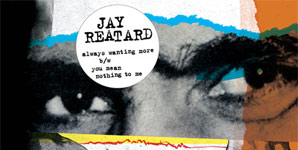