Nbc Says It Lost Less Than It Thought From The Olympics 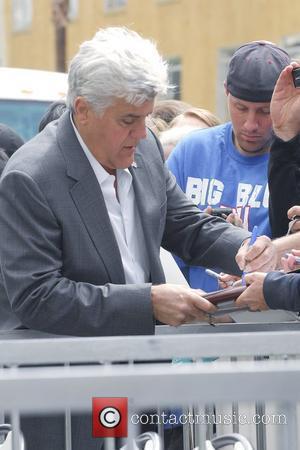 Picture: Jay Leno Russell Crowe is honoured with the 2404th star on the Hollywood Walk of Fame Los Angeles, California - 12.04.10

While NBC had forecast that it would lose $250 million in its Winter Olympics telecasts, the actual loss came in at $199 million, according to an SEC filing by parent General Electric today (Friday). The Olympics broadcasts brought in $782 million in overall ad sales, not enough to cover what the network had to shell out for rights and expenses, but it was better than expected. During a conference call with reporters, GE CFO Keith Sherin lauded NBC Universal chief Jeff Zucker and NBC Sports President Dick Ebersol for doing "a great job" and said that they had "accomplished a lot this quarter." Sherin also pointed out that the network's ratings during the 10 00 p.m. hour have jumped 45 percent since it removed Jay Leno from that hour and returned him to the Tonight show at 11 30 p.m. However, the website TVbytheNumbers.com noted on Thursday that while the network's 10 00 p.m. ratings have improved, its overall numbers have actually declined "as slots have had to be filled by all manner of dreck."