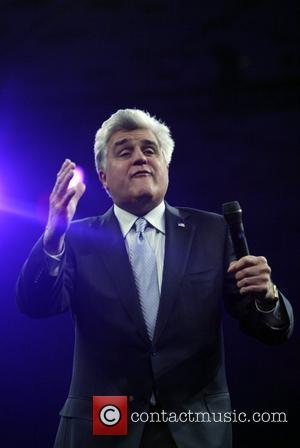 American chat show host Jay Leno is urging his late-night rival DAVID LETTERMAN to shake hands and end an 11-year feud between them.

Leno used to be a regular guest on Letterman's show in the early 1980s, and Letterman even appeared on his old friend's TV special in 1986.

But things turned sour when Leno beat Letterman for the vacant THE TONIGHT SHOW host job in 1992 and the two became rivals.

Leno says, "I owe my career to Dave. It has been 11 years and everybody's rich, everybody's successful. Come on."