Jay Leno To Be Hasty Pudding Man Of The Year

Jay Leno will be honoured with the Hasty Pudding Man of the Year award by Harvard University next month. 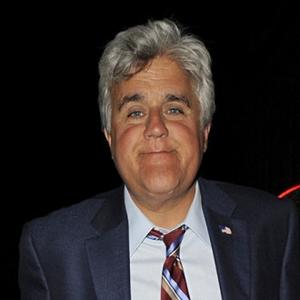 Jay Leno has been named Harvard University's Hasty Pudding Man of the Year.

The 60-year-old TV host has been chosen to receive the annual honour by the Hasty Pudding Theatricals group - America's oldest undergraduate drama club - on February 4 during a dinner and comedy roast at the prestigious Massachusetts college.

The award is given to entertainers who have made a "lasting and impressive contribution to the world of entertainment".

Comic star Jay will be following in the footsteps of his 'Tonight Show' mentor Johnny Carson, who won the accolade in 1977.

The drama club's spokesperson Learah T. Lockhart said that Jay was a perfect choice as their Man of the Year because he is "one of the most notable names in the comedy industry" and "still hasn't stopped."

She added: "We pride ourselves on our ability to make people laugh, and so does our Man of the Year."

Last week, Julianne Moore was revealed to be this year's recipient of the Woman of the Year prize.

She was chosen because of the "bold choices" she has made in her career and the drama group is also impressed by the actress' academic achievements as she is a graduate of Boston University's College of the Fine Arts.

Justin Timberlake was the 2010 Man of the Year while other previous honourees include Clint Eastwood, Tom Cruise and Robert De Niro.

Past recipients of Hasty Pudding's Woman of the Year award include Anne Hathaway, Meryl Streep, Katharine Hepburn and Julia Roberts.