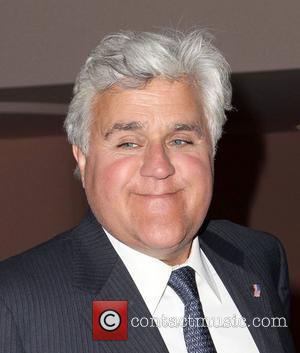 Jay Leno has volunteered to take a $5 million pay cut in order to save the jobs of other staff on his popular late night talk show 'The Tonight Show'. Around 20 staff lost their jobs on Friday (August 17, 2012), leading Leno to take drastic action to reduce the show's costs, reports Bbc News.
Jay Leno's pay cut could amount to around $5 million in total, though some reports have it at $10 million. One of the most popular broadcasters on U.S. television, Leno's current salary is between $25 million and $30 million - his new salary will be around $20 million. Bruce Bobbins, a spokesman for the host said, "Jay's foremost concern is for the wonderful people who work with him at The Tonight Show.He did what was necessary to ensure their well-being". The cut is unlikely to make a huge dent in Leno's personal finances, given that he brings home another $15-20 million annually through personal stand-up appearances. 'The Tonight Show' remains the most watched late night show in the U.S, though it struggles to make money. According to Deadline.com, the job cuts and salary reductions are part of a restructuring programme that will see the show's weekly production budget fall to around $1.7 million, from $2.3 million.
The 55-year-old began work on The Tonight Show with Jay Leno after taking over from Johnny Carson in 1992, however, he briefly left in 2009 for a primetime slot and was replaced by Conan Obrien. Ratings for both shows slumped, with NBC making the decision to move Leno's new show to his original time of 11.35pm, and moving O'Brien to after midnight. The latter finally quit the network with a $33 million pay-off.