Back in early 2010 when the first How to Train Your Dragon was released, cinemas were still packed out with screenings of James Cameron's Avatar. And it took awhile for word of mouth to build around this animated dragon adventure. But those who saw the film understand that filmmakers Dean DeBlois and Chris Sanders had somehow managed to take on the king of the cinematic world at his own game, making a movie that was just as thrillingly visual, with visceral action and earthy characters even though it's set in a fantastical environment.

Four years later, DeBlois is doing the same thing, taking on Marvel (The Avengers movies and spin-offs) and Hasbro (Transformers and G.I. Joe) at their own game by creating action sequences that are far more complex and coherent, and much more emotionally involving as well.

More: 5 Things You Should Know About 'How To Train Your Dragon 2'

Intriguingly, DeBlois held out before agreeing to make the sequel, insisting that the studio let him make an entire trilogy. The first film introduced the hero Hiccup at age 15, and he's 20 in this second film, transitioning into adulthood. DeBlois is cagey about where the story is going next, but hints that it would be "emotionally powerful and fitting to be able to close a chapter on this trilogy with history returning to somewhat as we know it - what happened to the dragons, where did they go and could they come back?"

More: read our review for 'How To Train Your Dragon 2'

Since its debut at the Cannes Film Festival in May, How to Train Your Dragon 2 has stormed the global box office, taking in more than $300 million so far. After several weeks of previews, the film officially opens in the UK this weekend and is likely to add significantly to that total as Europe's schools break for the summer. 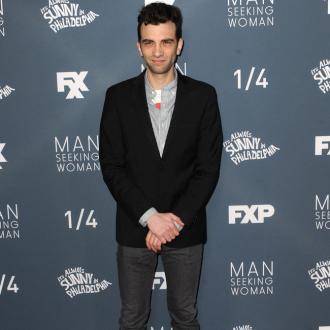