Javier Bardem says being a successful actor makes him feel like he's in a zoo - because people recognise and watch him wherever he goes. 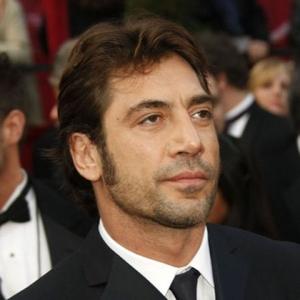 Javier Bardem compares his fame to being like a zoo animal.

The Spanish star- who is married to Penelope Cruz - finds it hard to deal with fame, as it makes it hard for him to research roles because he is recognised wherever he goes.

The 'No Country For Old Men' actor said: "My job is to try to portray behaviour. But I can't watch behaviour because people are watching me. You feel absurd, and that's not natural. You are in a zoo. "You go to a shop and people look at you. That's the only thing that gets me a little nervous."

Javier, 41, also said he never started acting with the intention of becoming a star, but did it because he had always felt a need to express himself since he was a teenager.

He added to The Independent newspaper: "People think actors want to be famous - but no! Well, some of them, yes - but I'm doing this job because it's my way of expressing something. I need to do it."

The Oscar winner does, however, admit that in his younger days he was a bad student and wishes he had had stayed in education for longer.

He added: "If I could go back into my past, I would study more. You're losing the opportunity of knowing things, but when you're 18 years old, you don't want to know, you want to live."

Javier stars in 'Biutiful' which is in UK cinemas from January 28.