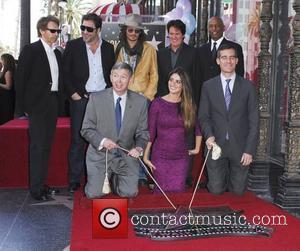 Oscar winner Javier Bardem has called on government officials around the world to introduce a new international treaty to curb movie piracy and protect actors' rights.
The No Country for Old Men star appeared at a conference held by the World Intellectual Property Organisation in Geneva, Switzerland on Tuesday (19Jul11) and expressed the need for more stringent measures to put a stop to the widespread problem.
Bardem, who is married to Spanish beauty Penelope Cruz, told the crowds, "More than 90 per cent of actors have serious problems to pay rent, bills, and even to eat. Remuneration of actors is crucial. Not for people like me, but for those who have a problem living from what they are doing."
The actor insisted he had never illegally downloaded any film or song and compared the act to simple theft.
He said, "It is like going to a shop, getting those products for free, and running. And the mentality of the people is that to do piracy is fine, because we will harm the actor who has a private jet.
"But they are wrong. They are harming the people behind these people."
And Bardem is keen for movie theatres to reduce the cost of tickets to encourage more people to watch films as they were intended - in the cinema.