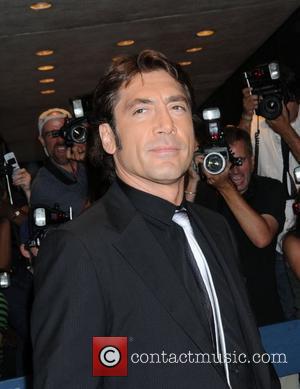 Javier Bardem was forced to watch his girlfriend Penelope Cruz's Oscar win from his sick bed - after suffering a herniated disc during filming for a forthcoming movie.
The Spanish star was noticeably absent when Cruz claimed the Best Supporting Actress statuette for her performance in Vicky Cristina Barcelona at last month's (Feb09) prizegiving in Los Angeles.
But it has now emerged that Bardem was ordered to rest up after sustaining the spinal injury on the set of Biutiful on 12 February (09), according to Spain's El Pais publication.
He has since recovered and returned to work last week (begs23Feb09).
A source says, "Javier has returned to shooting and is in perfect health."